Explore our region and see everything Eastern North Carolina has to offer.

Getting you the information you need to make smart business decisions

You can click through the pages in this section to get many of the facts and figures you need to make decisions that are right for your organization. You also find links to other sites such as the North Carolina Department of Commerce that can provide invaluable information.

If you don't see what you're looking for here, please contact us at [email protected] We'd be happy to get you the information you need promptly. 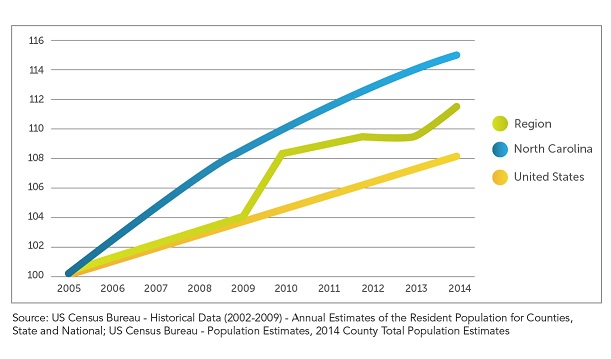 Population estimates are calculated as the number of people living in an area at a specified point in time, which considers natural fluctuations due to: births, deaths, domestic migration and international migration. 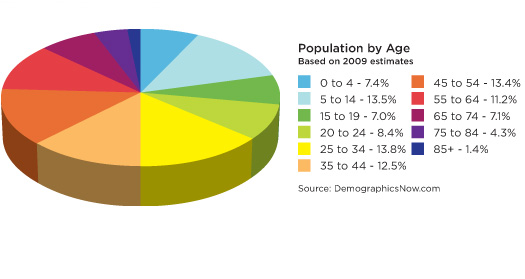 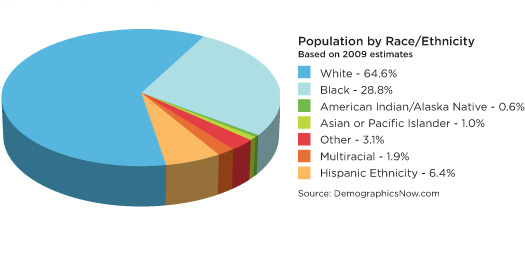 Eastern North Carolina high school students' average scores on the SAT are in line with the state average - and are trending upward. 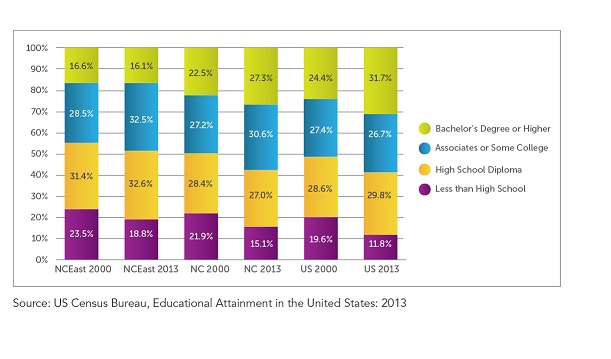 Since 2000, the region has seen a sharp decrease in the percentage of residents who possess less than a High School diploma, while both those possessing an Associates Degree or Some College and a Bachelor’s Degree or higher have increased. On the state and national level, the most significant growth also occurred in those obtaining a Bachelor's Degree and above. 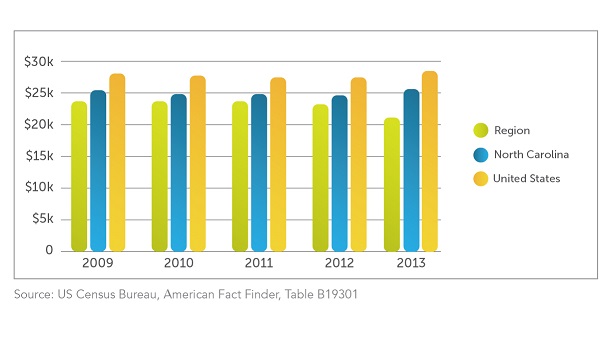 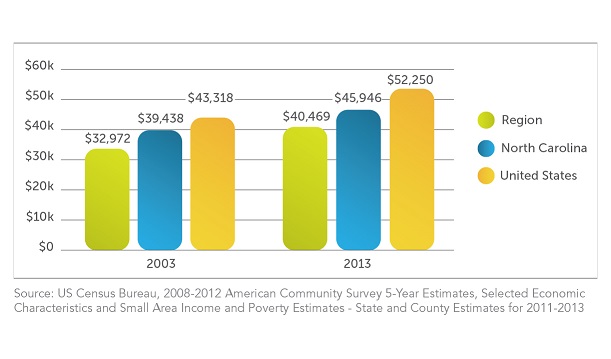 Median household income divides the income distribution into two equal parts; one half of the cases fall above and one half fall below the median. All three populations saw an increase from 2003-2013. Over this time period the US saw a 21% increase, NC experienced a 17% increase and ENC a 23% increase.

Travel and Tourism expenditures are calculated using the Travel Economic Impact Model (TEIM) which is a disaggregated model comprised of 16 travel categories, including: lodging, food, retail, public transportation, auto transportation, and amusement/recreation. Over the 10 year period shown in this graph, both the state and region have grown at very similar rates. Although tourist expenditures dropped in 2009, expenditures have risen to $2.9 billion in 2013, compared to $2 billion 10 years ago.